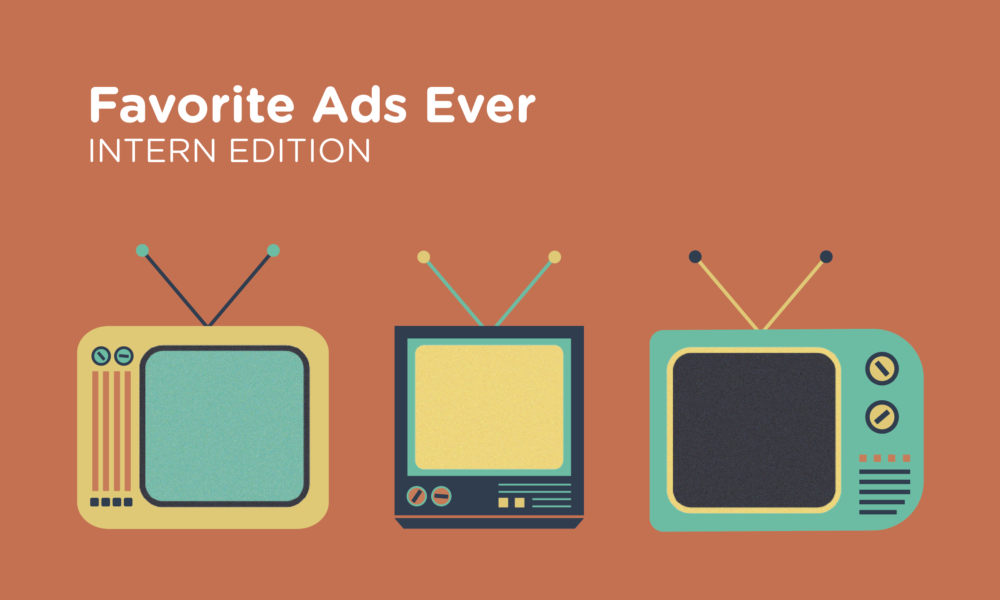 I’m a real sucker for the inspirational, make the hairs on my arms stand up, and give me the chills sort of ads. While I like to appear tough on the outside, on the inside I am really a soft -hearted, warm and fuzzy kind of girl. I love a motivating clip that can brighten my day and make me realize how remarkable the world around me is. From influential historical figures to pedestrians showing affection to loved ones, to an all-star athlete, I get nothing but good vibes from watching these ads; making them some of my all time favorites. I hope you treasure them as much as I do!

I chose Apple’s “Think Different” ad because it illustrates the importance of thinking outside the box. I love the black and white footage of historical figures who made a difference in the world as well as the inspirational speech. The people featured in this ad were able to push boundaries and challenge societal norms, which made the world a better place. Apple strives to push boundaries in technology and this ad is a prime example of that. Seeing these icons who “think different” being commended has given me hope. It shows me that there is a light at the end of the tunnel and that hardships can bring powerful changes. Like these people, I often choose to take the road less traveled, and it has made me who I am today.

Love Has No Labels from Ad Council

This ad is everything. It’s eye opening and calls attention to a strong message while pulling the viewer’s heart strings. Ad Council is a non-profit, public service advertising company, which does an amazing job of stimulating action on significant public issues to make a difference in society. The ability to connect emotionally with viewers is one of the of the keys to success in advertising. This specific ad shows the power of love and how it can change the world. This issue is super relevant in today’s society, where many groups of people who are seen as “different” face adversity and are often in the news for both the good they do and the challenges they face. Love Has No Labels pushes me to want to use my voice for those who do not have one and stand up for what is right; something I am truly passionate about.

Being the least athletic person I know, it’s rather shocking that one of my favorite ads is about sports and stars an athlete. In my life I have experienced a series of hard falls; both literally and metaphorically. However, that’s not what’s important. What is important is being resilient, standing up after I fall, and learning from my failures. When hearing Nike’s “Just Do It” slogan and see the swoosh logo, it makes me think of this spot and the importance of being a go-getter with no excuses. I love this ad because it empowers individuals to do just that—never give up. Failure is the best teacher and motivator, and if one of the world’s greatest basketball players has failed thousands of times, I know I will be alright.

Being a part of a world in which we see thousands of ads each day, it’s difficult to reel in viewers and grab their undivided attention, yet these ads did just that for me. The emotional connection that these spots produce are strong, and for me, the goosebumps were real. Advertising is a powerful tool; it’s creative, inspiring, and can change the minds of viewers. Successful advertisements can even change one’s beliefs and help mold new ideas. These ads were effective as they remind me just how powerful good advertising can be. What are some of the most powerful ads you’ve seen?

The Ultimate Content Marketing Tech Stack You Need for 2022 Success

The Beginner’s Guide to Live Commerce

Ice-Cream made with fabrics / Une idée visuelle plus très fraîche?